In Beer, No One Can Hear You Scream! 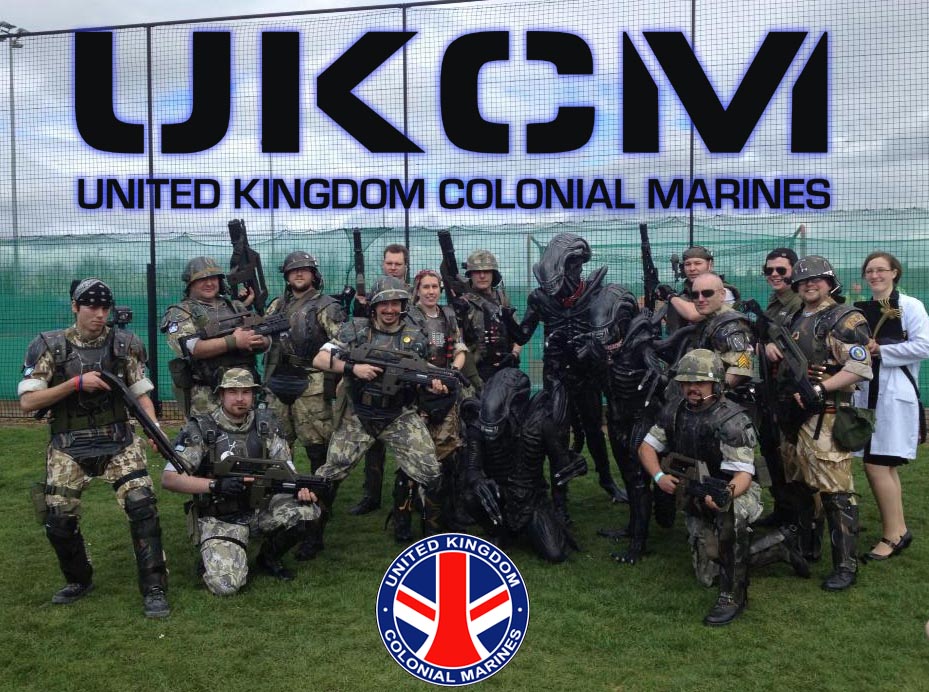 We are very pleased to announce that The UKCM (United Kingdom Colonial Marines) the UK’s number one Aliens and Predator costuming group will be attending The Exewing Sci-Fi Day on Sunday June 30th, Pecorama, Beer, Devon.

The United Kingdom Colonial Marine is a group who all share a love for the Alien movies – Especially James Cameron’s second instalment, from which they take their name.

Members portray the Colonial Marines, Aliens and other characters from the Alien and Predator universes.

Come and see the uniforms, equipment and replica weapons of the Colonial Marines and similar Sci-Fi military types.

Take part in the specially set up firing range area.

We have heard that the famous Xenomorph (Alien) Abe T. Alien will be in attendance, do you dare to come and meet him?