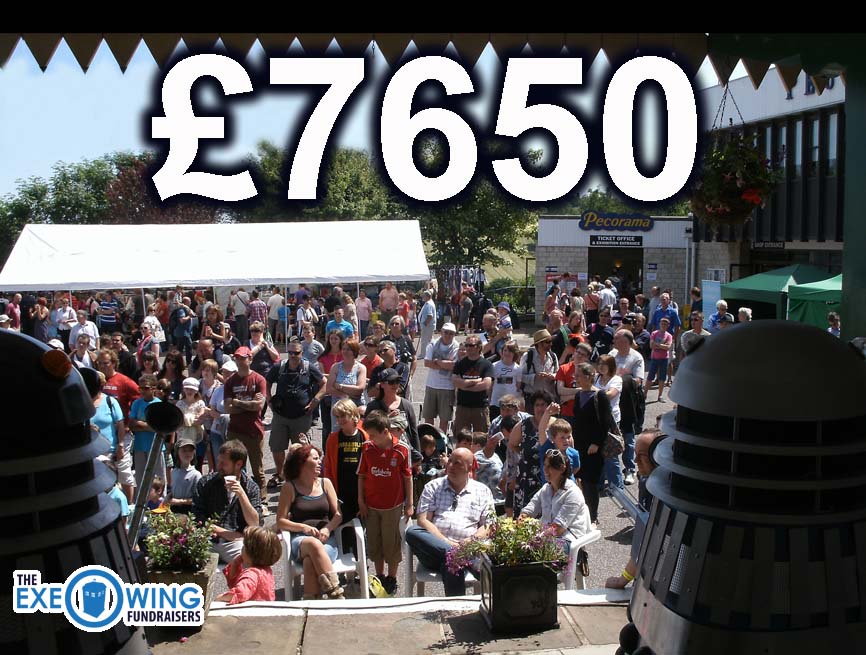 The Exewing are absolutely over the moon to announce that the Sci-Fi Day held at Pecorama on Sunday 30th June raised a staggering £7650.00.

This will be split equally between our supported charities FORCE and C.R.Y.

Over 1200 people attended the day and the feedback we have received has been overwhelmingly positive.

Thank you to our guests who kindly gave up their time to be with us, our sponsors whose generosity enabled the event to go ahead, the exhibitors & traders who gave us so many wonderful things to look at and to buy, the costuming groups who entertained and sweltered in equal measures!

Thanks also to the army of volunteers and supporters who work tirelessly behind the scenes and without whom the show would most definitely not go on.

A special mention to Pecorama, both owners and staff alike, we could not have put the event on without their co-operation and generosity, thank you so much.

The most important thanks goes to all of you who came and supported the Exewing Sci-Fi Day, without you the event doesn’t happen.