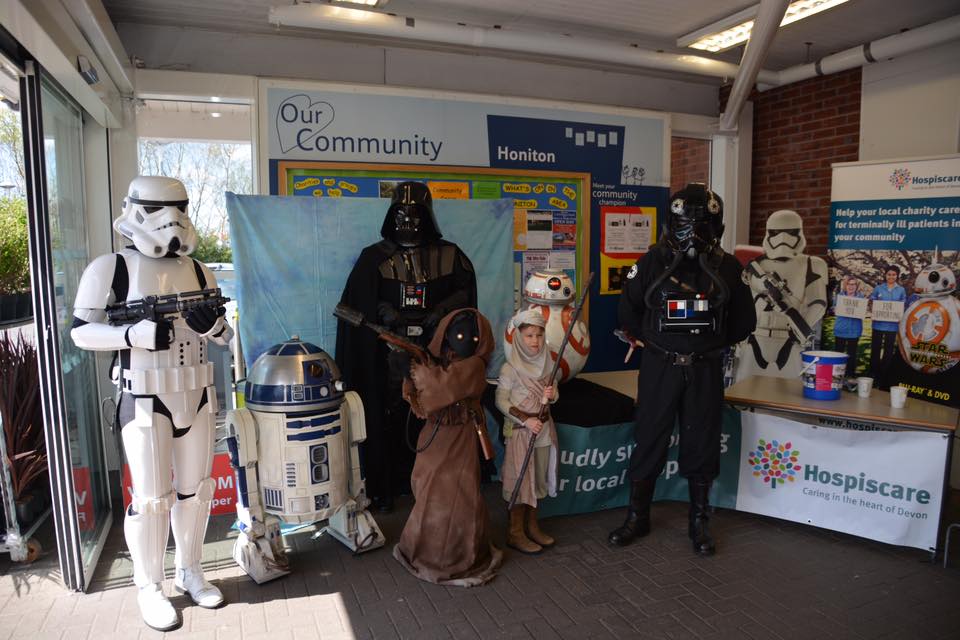 A Charity collection was held at Honiton Tesco’s on Saturday 23rd April in aid of The Kings House Hospicecare, Honiton.

Several costumed characters from the Star Wars Saga were on hand, as well as the Exewing’s newest member, BB-8,  the droid from the new film, The Force Awakens.

Through the customers generosity a fantastic £382.60 was raised in four hours.

Thank you to  everyone who gave so generously. 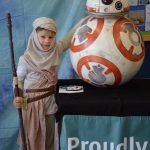