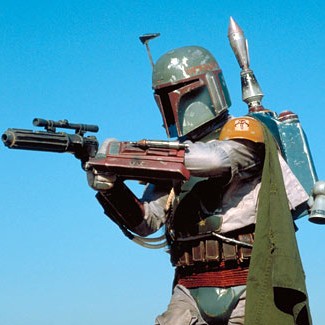 Probably best known for the role of the bounty hunter Boba Fett in the original Star Wars trilogy, but Boba is just the tip of Jeremy’s career.

Jeremy has also starred in numerous British television and film productions, including Doctor Who (‘The Space Museum’ with William Hartnell & ‘The Time Warrior’ with Jon Pertwee) and Robin of Sherwood.

Three James Bond films, The Spy Who Loved Me, For Your Eyes Only and Octopussy are also amongst Jeremy’s film credits.

In 2005, he once again made an appearance in a Star Wars film, this time playing Captain Colton in Revenge of the Sith.

The Exewing are thrilled to be welcoming Jeremy back to an Exewing event.