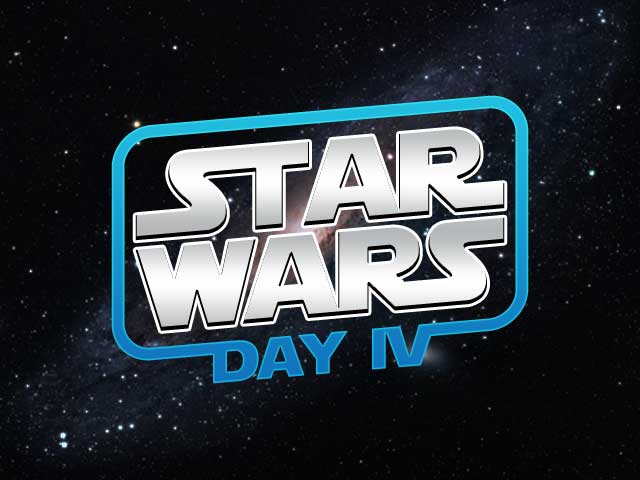 At one point it didn’t look like there would be any more events, but the show must go on!!

The school surprisingly proved to be too small and unsuitable!

The local sports centre was our next destination and to date has remained our venue.

The guest line up this time around was;

The Dark Lord of the Sith himself, Dave Prowse (Darth Vader). Taking our life into our hands by inviting the Dark Side to the event we were not sure what to expect!!

We need not have worried, Dave was a real hit at the event.

Particularly when he made a young boy’s day as he demonstrated one of the films stunts using the lad as a stand in for Captain Antilles.

That heroic robot, R2-D2, and the equally heroic Kenny Baker.

Around 400 attended this event raisng, yet again, a staggering total of £2400 for The Exeter Leukaemia Fund.

Moving to the Sports Centre enabled us to include a variety of extra activities including; Arcade video machines, a seperate display area and a video presentation room. 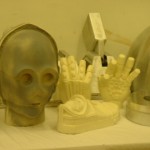 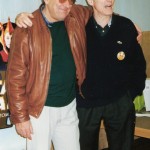 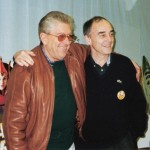 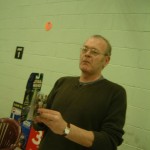 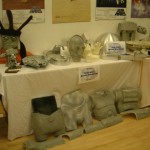 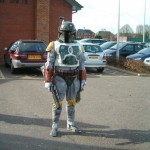 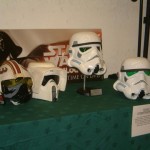 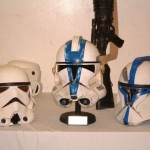 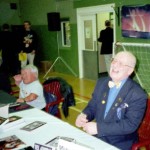 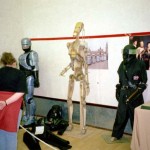 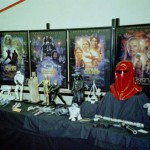 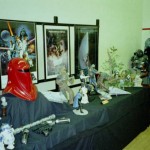 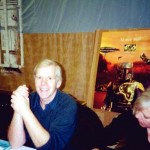